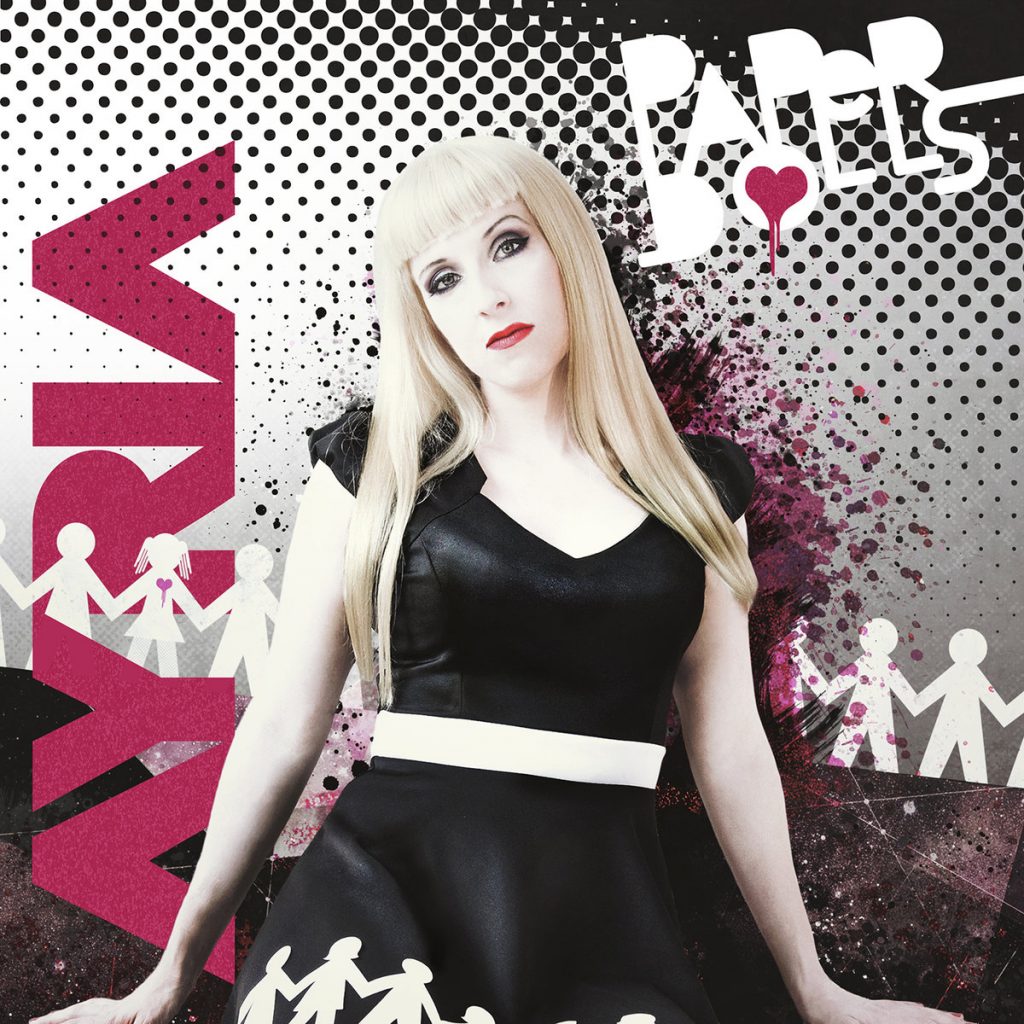 AYRIA
Two years after 2013’s "Plastic Makes Perfect", Ayria strikes hard again with release number 5 "Paper Dolls". AYRIA is now a 12 year scene veteran and Jennifer Parkin has proven her unique blend of cyberpunkanimegothpop aesthetic, and her sonic exploration into the darker side of industrial and altpop is here to stay. Ayria, an established icon of female club industrial music, mashing pounding beats, aggressive synths, with melodic female vocals and offering energetic live shows. Jennifer stays true to her roots on this new release diving back into the slick electro sound that started Ayria in 2003, while continuing to evolve the sound to appeal to modern listeners. Canadian singer songwriter Jennifer Parkin, Teamed up once again with heavyweight producer Sebastian R. Komor. Their artistic chemistry to produce the kind of unique alternative electropop that sounds both big, gritty and beautiful all at once, continues to capture new breeds of fans around the globe.

INERTIA
Inertia was formed in 1992 by Reza Udhin. After an extensive period with other industrial acts, Reza decided to concentrate on a solo project which brought together elements of Industrial and Techno to form something quite different to anything in the scene at that time, following several name changes, Inertia was born. The band have toured Constantly around the World since their beginning, touring in Europe and UK several times and a mega 10 US tours. Reza is also a member of the legendary Industrial/Rock band Killing Joke.

ECTOPROXY
EctoProxy is an other-worldly synthesis of intense musical styles and textures, that ensnares its listeners, enveloping them in a dark, sonic realm, where their innermost musings become material and animate. Prose prophet, DÅMI∆N / Damian Turner anifested the EctoProxy in 2014 in an effort to combine industrial machines, thrashing guitars, haunting synthesizers, dirty rap beats, and penetrating lyricism, to create a sound of alchemical perfection. In so doing, they have conjured a supreme entity, capable of speaking a single language that resonates with Rock, Pop, EDM, Goth, and Hip Hop audiences alike. An EctoProxy experience is an invitation to a world saturated in references to occult, esoteric, and spiritual elements, from a myriad of places and times. With a stage show that manages to be fiercely theatrical, while maintaining a sense of gritty authenticity, EctoProxy is quickly amassing a CVLT following.