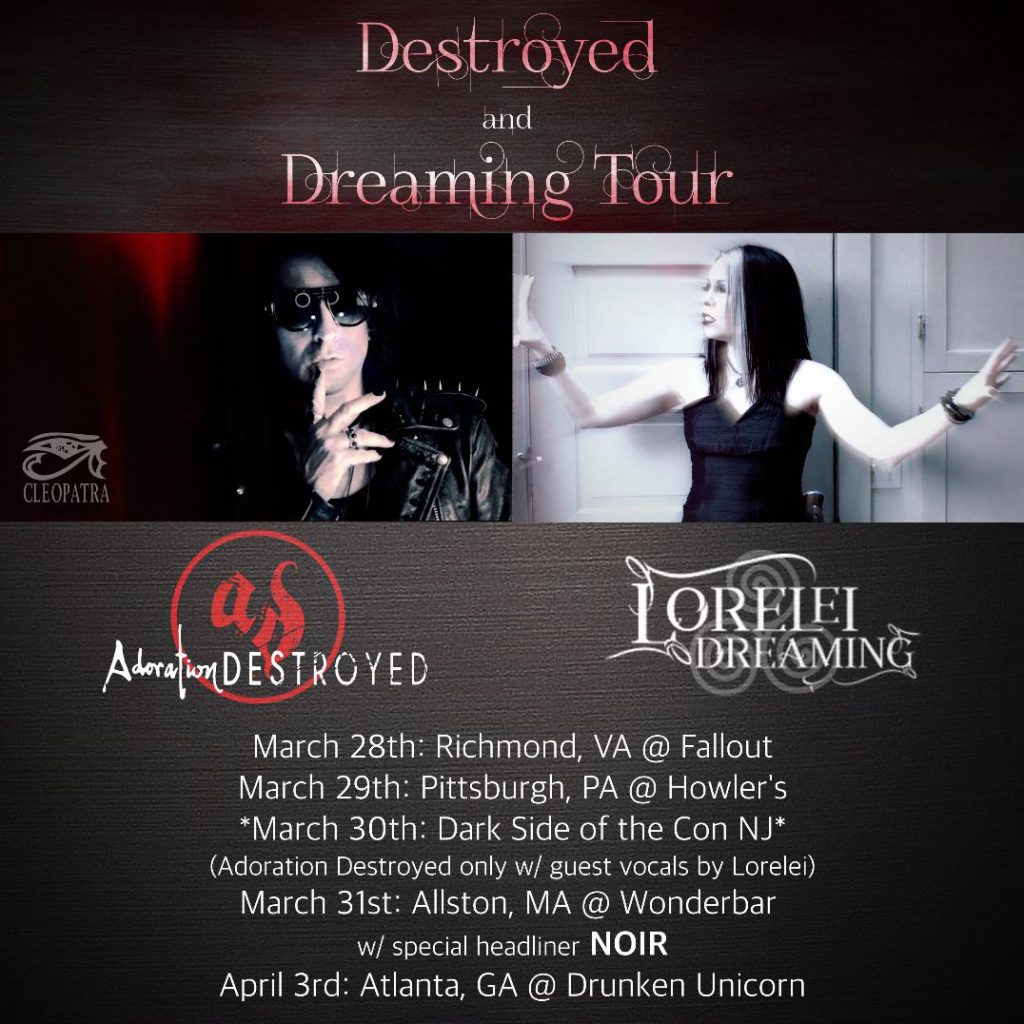 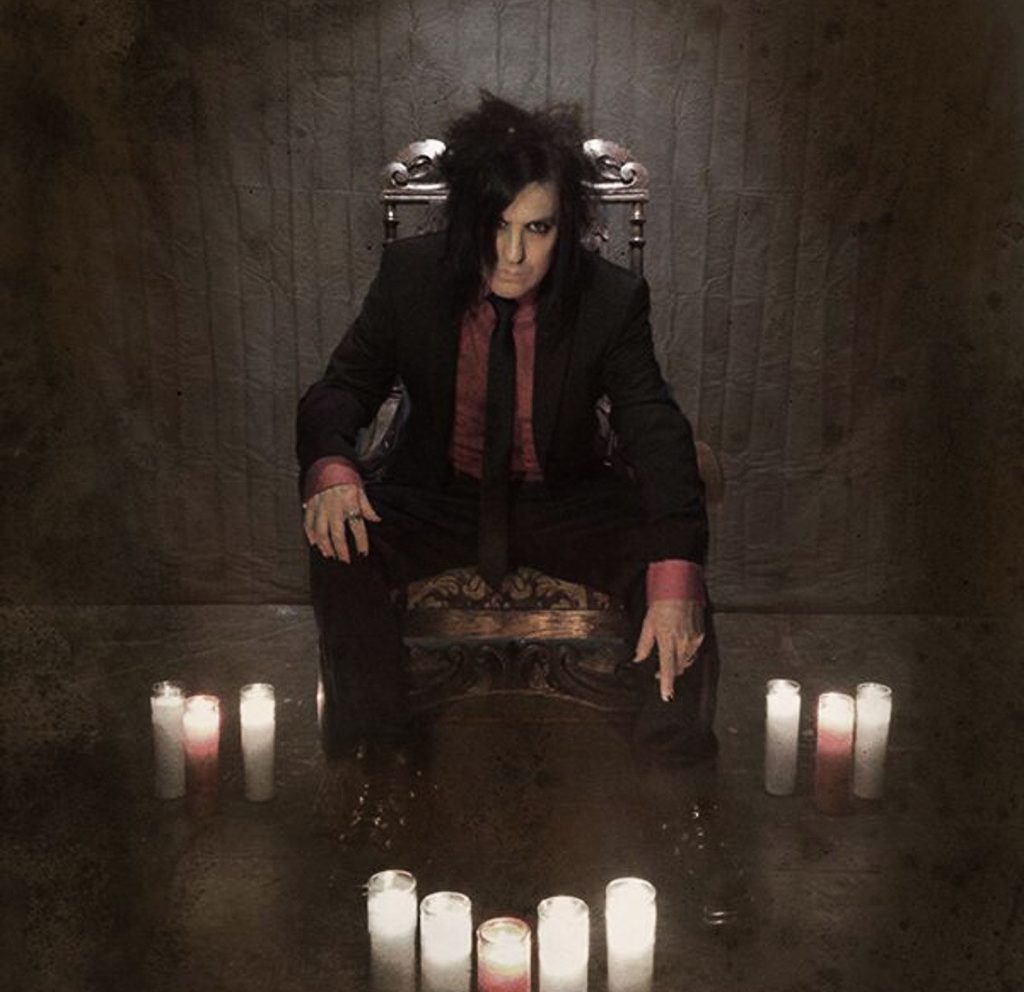 With one eyeliner-stained eye looking back over a black-clad shoulder, harkening to the dark electronic music of the past, yet seductively mixed with bleeding-edge production drawn from modern electronic genres. This project is an outlet for the ravaged, the lost and fucked-up souls.

Raw, visceral chronicles encased in a slick dichotomy of infectious Bass Music and Dark Pop/Electro, with even darker emotional themes. Embrace the delicious somber sonnets and electro-dirge of Adoration Destroyed... The forlorn, the obliterated...this is for You. 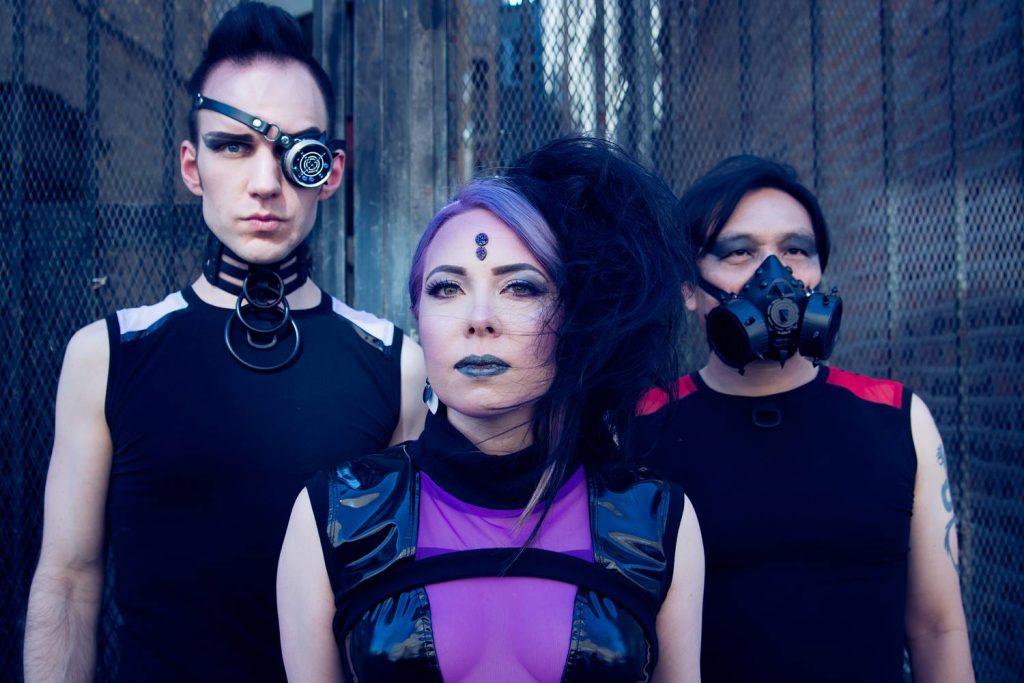 Lorelei sings to lure you to the edge. Her passion for performance and theatrical, art-driven dark electronic dance music is unstoppable. After recording and touring with Angelspit in 2015 and 2016, Lorelei teamed up with Angelspit’s incomparable Zoog Von Rock to release the debut Lorelei Dreaming CD "BANSHEE" on 5/1/17. She brings her signature theatricality to Zoog's haunting beats. The synth-centered [dystopian] future pop will draw you to the dance floor. Lorelei Dreaming is wrapping up work on a new album to be released in 2019.

TEMPLE OF FOOLS
Starting out the evening will be Atlanta based Temple of Fools!
Temple of Fools (Terance Schmidt, Zachary Vaudo) is an electro-darkwave two-piece from Athens/Atlanta, Georgia, blending dark vocals and moving cello with hard-hitting electronic music.
The music of Temple of Fools mixes irreverence with insight, providing an enjoyable sound while exploring different aspects of human states of mind.