This is a special fundraising event by Sedition Atlanta. Proceeds to benefit racial justice and awareness. Details coming soon! 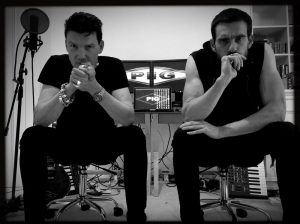 Celebrating the 25th Anniversay of the release of Wrecked! In his past lives, PIG war lord Raymond Watts was known variously as Raymond Scaballero in Foetus, an icy addition to Psychic TV, a savage PA destroyer in Einsturzende Neubauten, and a founding catalyst of KMFDM. <PIG> is a soufflé of scorching, searing squeals, pummeling percussion and eccentric electronics. A collection of beautifully-written, catchy rock songs with quirky arrangements is a starting point, but doesn’t get close to what makes <PIG> unique. Raymond’s voice ricochets between delicious soulful croon and aggressive, snarling growl. A band of degenerates, a little old, a little new, a little harrowed, a little black and blue, is braving the blood-slicked highways of (North) America to appear near you to make an unholy racket in your presence.

Julien-K is a music group that began as a side project for electronic music created by Amir Derakh and Ryan Shuck from Orgy, with the later addition of Elias Andra, and Anthony 'Fu' Valcic. Julien-K's webpage was launched in the summer of 2003 with initial demo versions of songs "Look at You", "Kick the Bass", "Someday Soon", "Everyone Knows", and "Technical Difficulties", the latter of which was later featured both in the film and on the soundtrack from Michael Bay's 2007 Transformers. Up until 2007, the webpage said "Coming Soon." Since the official webpage launch, the site has been redesigned and updated with a wealth of information, links, photos, and other media.

Julien-K have also lent musical contributions to several video games, including Sonic Heroes ("This Machine"), Shadow the Hedgehog ("Waking Up"), and the official musical score for the 2009 Transformers: Revenge of the Fallen video game. 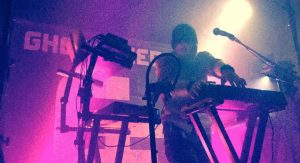 Ghostfeeder is the brainchild of songwriter, programmer, and vocalist Derek Walborn. Along with guitarist/compatriot Luke Dangler, he presses riffing guitars and get-up-and-dance bass lines through a filter of gritty synth leads and painstakingly calculated digital glitches. The end result is the sonic equivalent of dragging a lifetime of 8-bit video games and science fiction films across the sticky floor of your local rock music hall and then cleaning it up just enough to sneak past the bouncer at that dance club you’ve always wanted to get into.

Eager to provide fans, colleagues, and venues alike with an unexpected degree of professionalism, Ghostfeeder’s ever-evolving performance makes an impression. Thus far, Ghostfeeder has shared stages and venues with national acts including Blink 182, Powerman 5000, The Bunny The Bear, Genitorturers, Nonpoint, Royal Blood, and Filter. Thanks to overwhelming fan support, the band also played on the Ernie Ball Stage at the 2013 Van’s Warped Tour. In February of 2014, Ghostfeeder, in collaboration with Chris Corner of IAMX, released a music video for the song “Just Like That,” propelling their name, music, and style into the international spotlight. October of 2014 saw Ghostfeeder releasing “The Messenger,” a conceptual EP about alien abduction with the support of Beyond Therapy Records. In 2015, Ghostfeeder successfully wrapped their first North American tour in direct support of En Esch, formerly of KMFDM, making many new friends along the way.