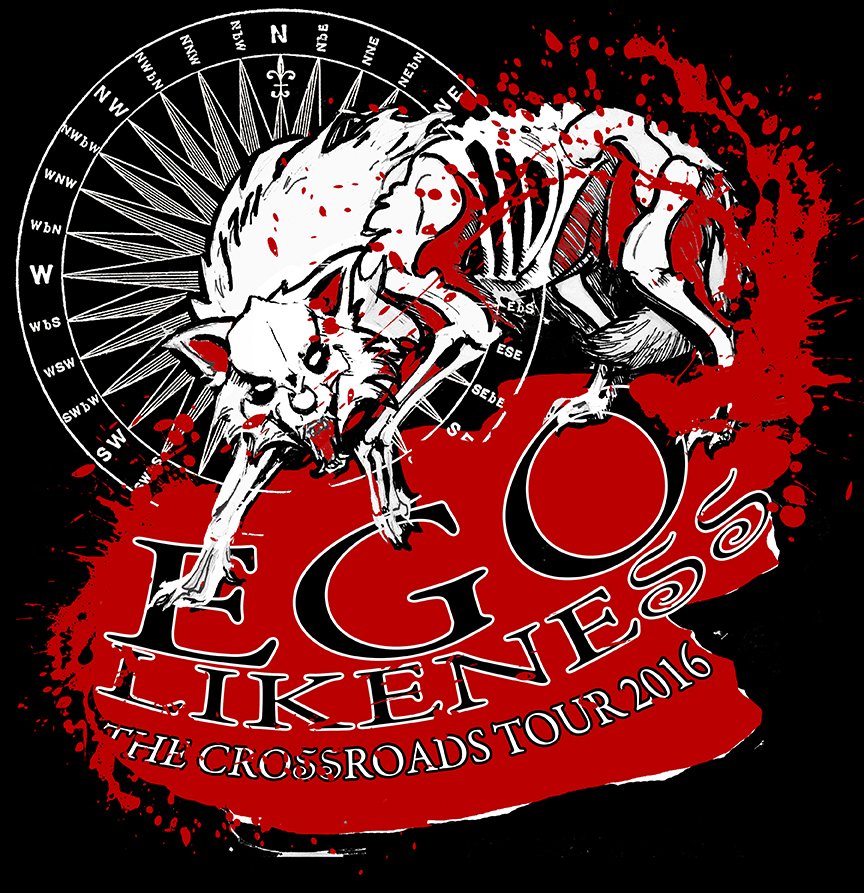 EGO LIKENESS (Metropolis Records)
Ego Likeness was created in 1999 by artist Steven Archer, a DC native, and writer Donna Lynch in Baltimore, Maryland. Taking their name from Frank Herbert’s classic science fiction novel Dune, the band began as an experimental/ dark trip hop project. A demo called Songs From a Dead City, recorded on a four track, was released that same year. By 2000, the couple was moving the project in a darker electronic/ dance direction, resulting in a self-released full length album entitled Dragonfly.

Often accused (though never convicted) of being one of the hardest working bands on the US scene, the duo somehow manage to find time to be prolific in other creative endeavors, with Steven's additional music projects Hopeful Machines and Stoneburner, as well as being an accomplished painter and children's book author, and Donna having published several novels including the acclaimed "Isabelle Burning" and "red Horses". The pair have also been never been convicted of being controlled by the whims of their adorable hairless cat Sophie, though the internet evidence is overwhelming.

ADORATION DESTROYED (Cleopatra Records)
With one eyeliner-stained eye looking back over a black-clad shoulder, harkening to the dark electronic music of the past, yet seductively mixed with bleeding-edge production drawn from modern EDM, and other electronic genres.

This project is an outlet for the ravaged, the lost and fucked-up souls. Raw, visceral chronicles encased in a slick dichotomy of infectious Bass Music and Dark Pop/Electro, with even darker emotional themes. Embrace the delicious somber sonnets and electro-dirge of Adoration Destroyed... The forlorn, the obliterated...this is for You.

FIRES
Nashville based Eric Sochocki is no stranger to performing; having been the mastermind behind Cryogen Second, and more recently, Becoming The Devourer. This time around he will be joining Ego Likeness with his latest endevour; FIRES.