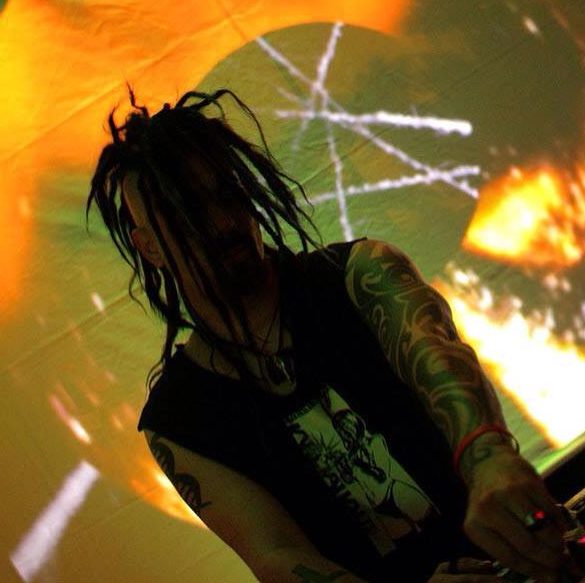 STONEBURNER (Distortion Productions)
Stoneburner is the solo project from Steven Archer that combines tribal fusion electronic dance music with experimental sounds. Steven Archer is a multifaceted musician, artist and writer. He is best known for his work with the electronic rock band Ego Likeness (Metropolis Records) as well has is abstract electronica project ::Hopeful Machines::. Stoneburner is his vision of the music and philosophy of Frank Herbert's Dune book series. "The Mouse Shadow" is the third outing from Stoneburner. It fuses traditional organic instruments and vocals from all over the world with modern electronic dance music in an attempt to tap into the books technological-tribal aesthetic.

DIE SEKTOR (WTII Records)
Atlantans are no strangers to Die Sektor. Founded in 2002, their music is categorized as aggrotech / harsh ebm and electro-industrial, but takes an influence from a variety of sources including psychedelic trance, techno, dubstep, alternative rock, industrial rock, extreme metal and 80's gothic rock. With 4 full length Albums and numerous national (and International tours) under their belt, they are hard at work scratching out their latest upcoming release "Death My Darling I". Last year they did a juggernaut back to back tour with God Module, and then Ego Likeness, giving us a taste of the new material.

FINITE AUTOMATA (Latex Records / Beyond Therapy Records)
They’ve been referred to as a welcome throwback to the harsher, heavier aesthetic of mid 80 - mid 90’s electro-industrial. However the group does not to limit itself, and forges a fresh reconciliation of the new school with the old. Bizarre and sometimes fatalistic stage antics, combined with driving yet dancable rhythms solidify the group's observational approach to the fallacy of human nature. To date, Finite Automata released their EP release Here Won No One (2011), their first full length album Recurse (2012), and Second Circle (2015); the first release off their current creation entitled Dogma Eye, is tentatively slated to be released later this year.

ZY_GOTE (Crunch Pod Records)
Local industrial noise artist Stan Pavlov has been an avid supporter of the Atlanta scene and a fixture at many local events. Having experimented with production and industrial noise for years under the name "The Sound of Paranoia", his new project fuses elements of industrial dance with tribal, noise, and a healthy dose of sampling. This marks his first live performance ever.