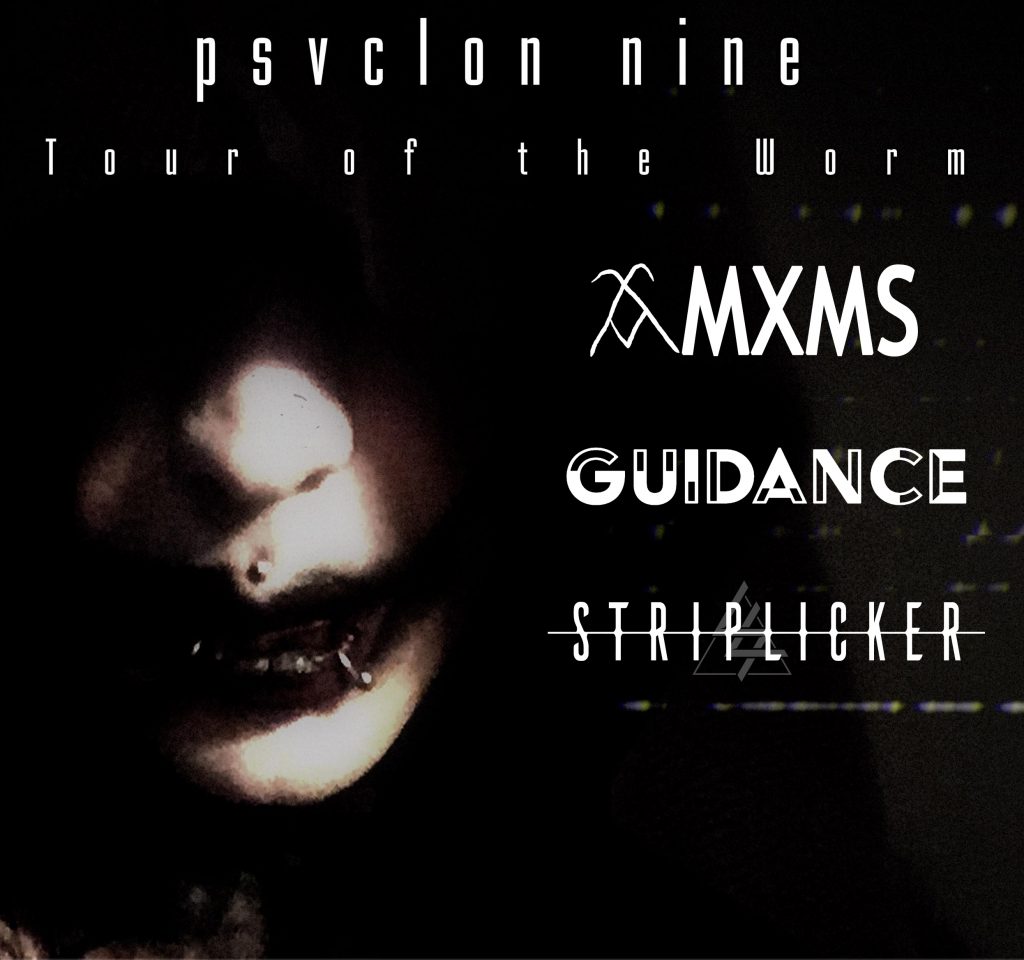 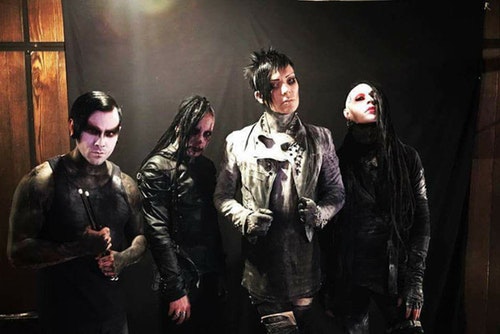 heaven when ex-roommates (Nero Bellum) and Josef Heresy decided to form Psyclon Nine. The band started out as a guitar driven industrial band, heavily influenced by KMFDM and Ministry, but the members soon altered their style towards the more aggressive sounding industrial inspiration of bands like Wumpscut, Velvet Acid Christ, and Suicide Commando. Shortly thereafter, the band came together as a whole when Eric Gottesman, the frontman for See Colin Slash joined Carnage and Heresy.

For 2005, the band released its first U.S. album after signing with Metropolis Records. The album, INRI, featured thirteen tracks of dark, aggressive electro focused on religious themes. Not an album for the faint of heart, it was an all out assault on the senses. The album also featured a scorching cover of the Ministry song “You Know What You Are.”

Psyclon Nine hit their mark with INRI. With a devote hardcore fan base under their control, the band unleashed their next wave of sonic battery in 2006.Crwn Thy Frnicatr featured eleven skin crawling tracks of dark omniscient beats overlaid with haunting melodies and screaming whisper-like vocals. The album builds with the tormenting opener “Bellum In Abyssus” and continues its horrific attack with tracks such as “Parasitic,” “Better Than Suicide,” and “Crwn Thy Frnicatr” before the cleansing final track “The Purging.”

Over the course of their previous albums, Psyclon Nine has continued to evolve into its own sound, implementing elements of black metal, post-punk influences, metal, and industrial. Now, after three years of silence, Psyclon Nine returned in 2009 with We The Fallen, its darkest, most aggressive album to date. For We The Fallen, Psyclon Nine has enlisted the help of Jason Miller (GodHead) for final tracking and mixing. Dark electro doesn’t get much more evil than this.

As of 2018 Psyclon Nine has released the long-awaited "Icon of the Adversary". Blending concussive, machine-precise drums, hammering guitars, scathing vocals & evil electronics, the band is the epitome of dark metal industrial. The band's creative force, Nero Bellum, says he had to travel to a very dark place to make this album, & it shows. Stunning & unrelentingly evil, Psyclon Nine's finest album to date. 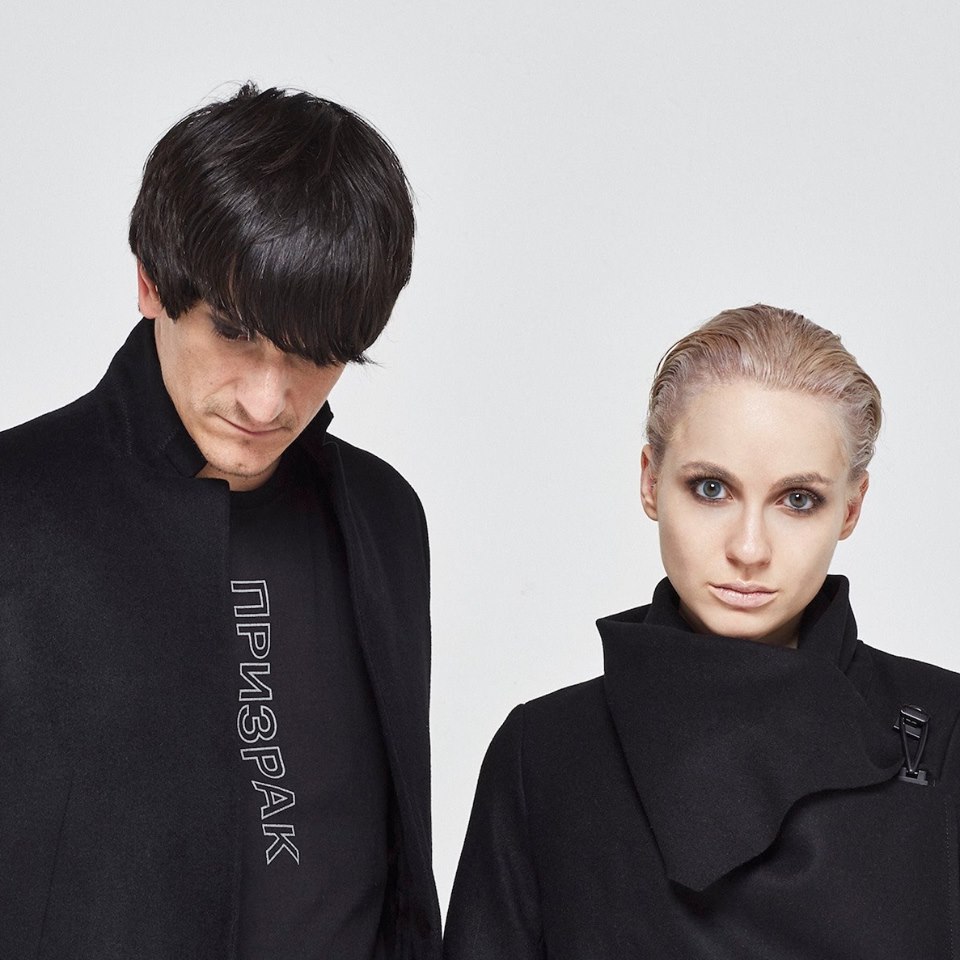 The dark. For some, it’s a reason to run. To others, the void is a welcomed solace; a destination of comfort and safety. For Ariel and Jeremy, otherwise known as “Me and My Shadow”(or MXMS for short), it’s their un-written reality. The two met by chance in a studio in the San Fernando Valley in late 2013; Ariel having just arrived in Los Angeles from New York City. What was to be a short writing session instantly blossomed into something poignant and deeply moving as their personal stories meshed into song over the coming weeks and months. The pair moved through the discovery that expelling love, death, pain, and fear into art brought instant relief not only to their personal lives; but became readily relatable to others navigating the broken state of our world and its current affairs.
Offering hope through honesty showered from broken beats, dark pianos, angry synthesizers, and Ariel’s unparalleled hypnotic voice, MXMS carves yet another name on the genre tree…funeral pop. With a row of releases and a feature cinema score coming in early 2017, MXMS challenges our darkness to come to light through sound and visual stimuli in the same blunt and dramatic fashion that the duo’s influencers Massive Attack, Tricky and others began during the renaissance of technological music.
"MXMS's music frequently swells from lush yet painfully intimate lows to rousing and inspirational cinematic highs, demanding to be mined for a transformative film montage. The duo relishes straddling the fine line between light and dark--as well as navigating, and often deliberately disrupting, the fault line between their fierce desires to both shun industry norms, and to share their music with the world." --Kurt McVey for Interview Magazine 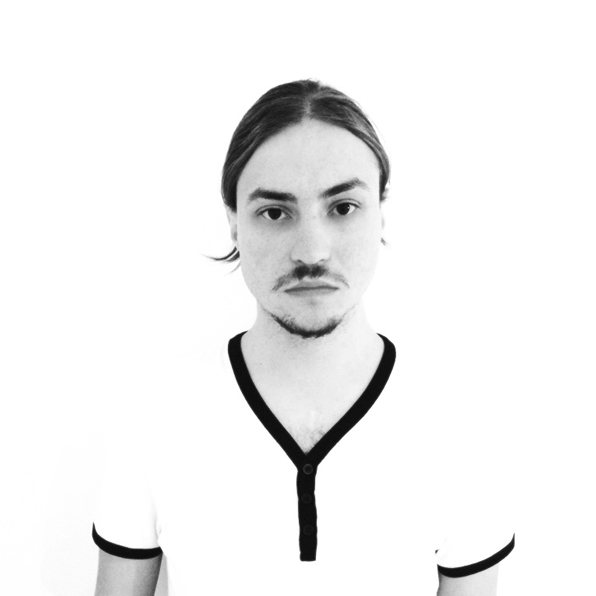 Punk rock and basketball are the foundations of artist and songwriter Guidance's synth-infused sound which he has termed, Future Grunge. If weird comes to mind when envisioning this culture mash-up, thats ok with him, a self-described performance artist whos drawn to the weirdos of the world and inherently wants to speak to and empower them by bringing the odd duck freakshow to the mainstream. Like much performance art, what influences its making doesnt necessarily reveal itself in the final product. Thats definitely the case with the material Pruett has created.

A melding of fun and darkness is a theme thats weaved through Stefans life since he was a child who had to put an overly positive spin on a very negative life circumstance. Born with a congenital heart defect that required three open-heart surgeries and other procedures including a pacemaker, he grew up, ironically, in Carefree, AZ living a typical suburban childhood some would say was atypical of a child who had already been through so much, so young. "The heart condition is weirdly empowering,". Not to sound clich, but because of my condition and having a pacemaker, I felt like I was on the clock literally. I felt I had no other choice but to be positive, be fearless about living life and imbue that into my music. HIs initial passion wasnt music, but basketball, which he played and watched religiously through his teen years. Basketballs what actually got me into music, Guidance says. I used to watch a lot of highlight videosbig dunks, great playsset to music. If I wasnt able to play at a high level- I wanted to create the soundtrack to the game I loved. In the beginning, Guidances personal soundtrack was straight up punk rockDischord Records stuff and bands like Crass, Operation Ivy and Fugazi. It took a reformed punk friend to introduce him to the 80s New Wave sound that would change his life. At first he resisted, but when he finally listened to some artists his friend recommended, he was hooked. Im definitely inspired by bands like Bauhaus, Joy Division, New Order, Kraftwerk and Talking Heads".

That heavy 80's inspiration led to the synth-heavy sound of his own music, which in turn led to Pruett finding his natural baritone voice that only adds to his materials retro feel. While vintage synthswhich he collects--create the sonic landscape for the songs on his initial solo work, He still wanted the visceral feel of his punk origins to be present in his performance on record and on stage. For him, being that person doesnt mean abandoning the darkness, but using it to add to the fun. Dance, think, let go and feel with all your heartwhether its broken or not. More than anything, that's what Guidance has brought with his debut set of songs. And that's the message he sends to anyone who hears his music. Dance, think, let go and feel with all your heart. 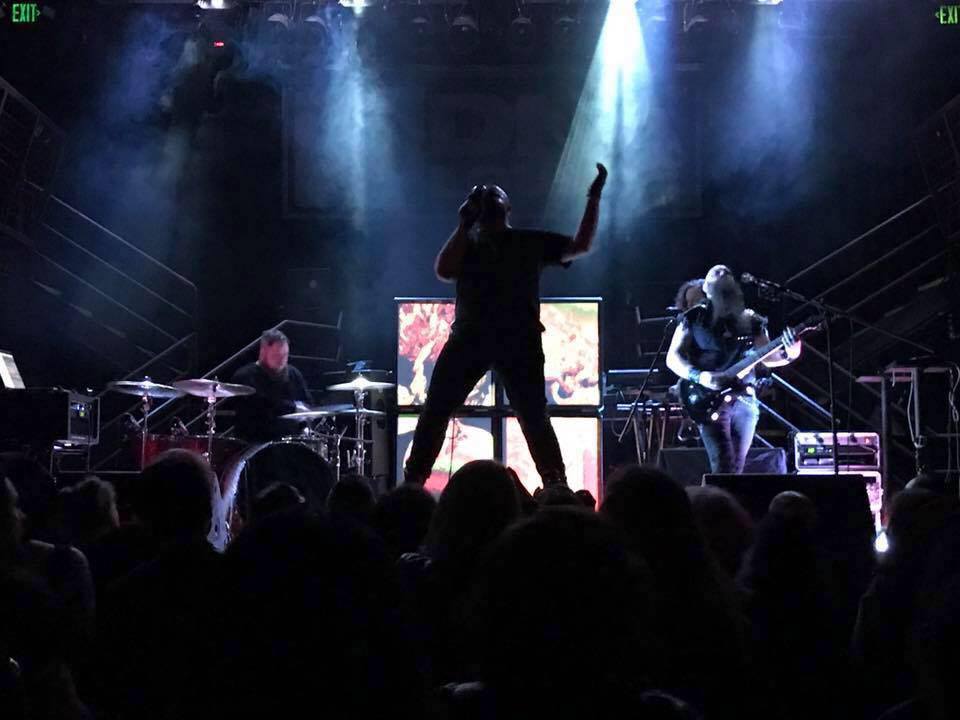