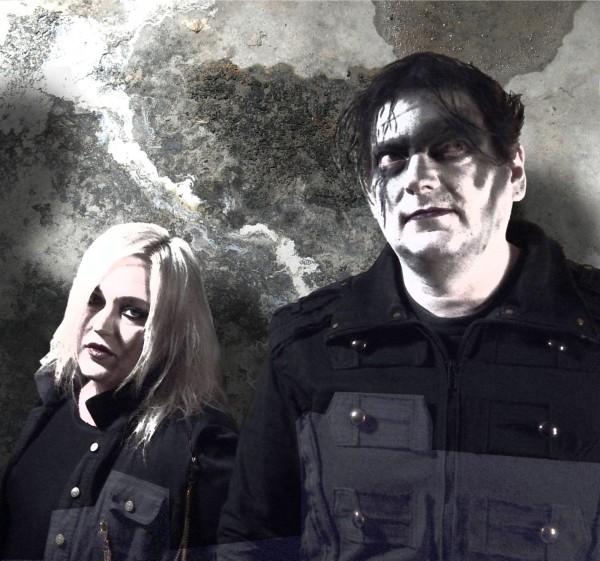 VELVET ACID CHRIST
With their origins rooting back all the way to their high school electronics class, Velvet Acid Christ got their start in 1990 under the original "Cyberchrist," but changed it in dedication to an alleged acid trip gone bad. Comprising two core members Bryan (Erickson) and Chris (last name unavailable), Velvet Acid Christ represent the grimmer aspect of social issues that surround their environment, to the soundtrack of darkened industrial metal. With topics that include animal rights, the environment and the technological advances overwhelming mankind, Velvet Acid Christ are a warning signal that's been going off since the debut of their self-titled 1994 full-length. Even today, VAC is a force to be reckoned with. Join us as they play Atlanta for the first time in almost two decades!

FINITE AUTOMATA (Latex Records)
They’ve been referred to as a welcome throwback to the harsher, heavier aesthetic of mid 80 - mid 90’s electro-industrial. However the group does not to limit itself, and forges a fresh reconciliation of the new school with the old. Bizarre and sometimes fatalistic stage antics, combined with driving yet dancable rhythms solidify the group's observational approach to the fallacy of human nature. To date, Finite Automata released their EP release Here Won No One (2011), their first full length album Recurse (2012), and Second Circle (2015); this year they released their second and third singles from their forthcoming sophomore full length release on the Split EP MACHINE STATES alongside Ectoproxy.

CURSED EARTH CORPORATION
CEC is an Electro Industrial band from Columbia SC. They are known for their high energy and copius amounts of live percussion.